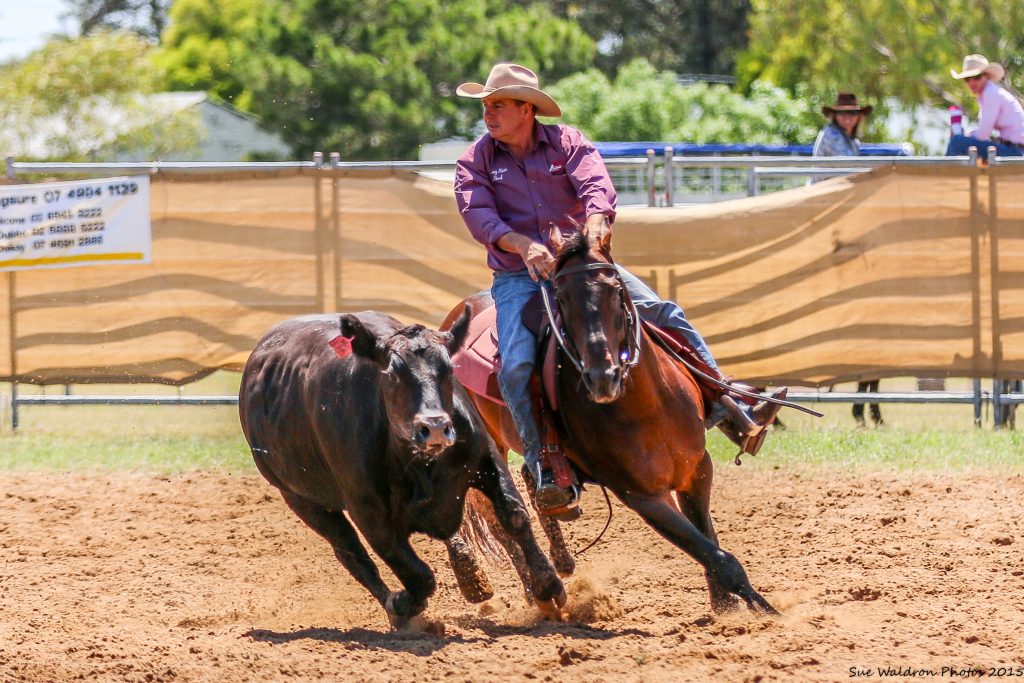 Score some runs with Bradman

"He's turned out to be one of the best types of Romeo stallions put on the ground. We need good solid work horses where we live and work and Bradman has definitely filled that role. Every horse we've broken in by him is very sensible, very trainable, and tracks cattle with ease. When we were in the market for a good colt we needed a horse with good size and plenty of bone so they don't break down and we wont have to carry our saddle home. Bradman was what we brought home and we haven't regretted it, as he has passed this on to all of his progeny"

Big, strong, great confirmation and travels low to the ground - win the biggest events on or muster all day. Soda Bradman is exactly that, and will bring back the traditional type of stockhorse to your mare lines.

Youngstar Stud had been looking for the perfect outcross for some time and were very excited to purchase Soda Bradman in November 2010. He is 15.2hh, very well known, and comes from a great mare line. His dam has produced some of the most successful horses in the country. Soda Bradman is brother to Soda Precious (1999 Cloncurry Stockman's Challenge Winner), Soda Storm Bird (2009 Landmark Priefert Open Winner), Soda Darcy (Champion stallion - 2nd Warwick Stallions Draft), Soda Grace (Finalist Cloncurry Stockman's Challenge), and Soda Oscar (multiple draft winner). Soda Bradman is a real gentlemen to be around and a great horse to compete on.
This is his story:

When Youngstar Stud purchased Soda Bradman, we gave him a quiet year with just general riding. After this year we started campaigning him again, and in the past years he has achieved many great results, including winning the 2013 Nixon's X-ing Restricted Open Draft and winning the 2015 Dalby Sale Open Draft (see the achievements page for a full overview of his results).

Soda Bradman has been a great investment for our stud and he is the perfect outcross for your mares.

Pete and Toni O'Neill purchased Bradman from Lindsay & Jan Knight when he was 13 months old. Pete and Toni were after a Romeo colt, and after seeing him, they were quick to purchase him. Pete comes from a cricket crazed family, so he decided to name his foals after cricketers, which resulted in the name Soda Bradman. Pete and Toni could not believe the bone this horse had, his depth, length and how naturally quiet he was. Bradman has turned out to be one of the best types of Romeo stallions put on this world. They couldn't wait to break him in, so Pete started on him at 17 months. He was on full feed, and never bucked or tried anything you'd expect a young horse to do.

Like all of O'neill's horses, Bradman was put in the work string. The fact that they paid all that money for him did not mean he was getting special treatment. Pete used to say: "He's no different to the rest of them!". Toni rode Bradman the most when he was young, and drafted him for the first couple of years. She had a lot of good runs on him and placed at quite a few drafts. When it was time for him to step up, Pete started competing on him, and he's been very successful.

Bradman is very fertile and Toni hand served all the mares on her own. Pete and Toni said it was a very hard decision to choose to sell him, however they were looking forward to compete with some of his progeny. With the O'Neill's, Bradman has won a challenge, two open drafts, one novice and has had numerous second and other placings. He achieved scores to 91 and cut-outs to 24.

He's had a limited showing career due to drafting taking first priority. He's won working classes and was reserve champion led stallion or colt at Dalby at 3 years of age. 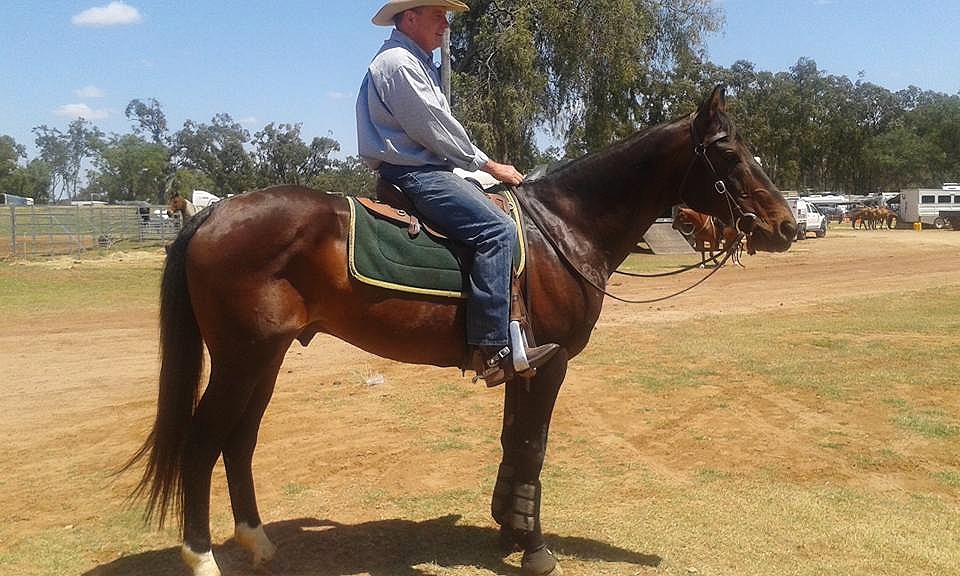 Bradman was sold at the 2008 Dalby Stockhorse Sale for $40 000.00 ($2000.00 off the Australian Stockhorse Record) to Sean Brassington as a sire for his stud. During Sean's ownership he was competed by other trainers and won or placed in many drafts in between breeding seasons. Huon Smith rode him to several victories. He was then sent to Steven Hart for a successful stint down south.

Since being purchased by Youngstar Stud Bradman has been lightly campaigned by Ron Wall and Rick Young. He has won several drafts, including the $10 000.00 Dalby Stockhorse Sale Open Draft in 2015, and the Nixon's X-ing Restricted Open in 2013. He has placed in many other drafts and finals almost every weekend he competes.

He is a dream to ride.