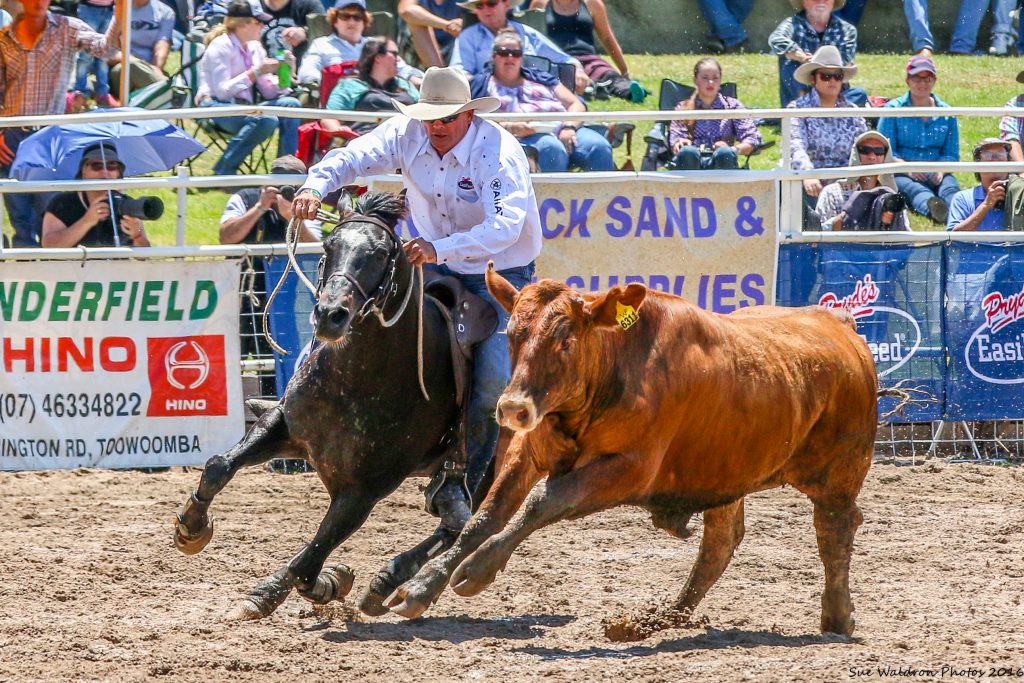 Marnies Destiny is now one of the greatest horses in Australian campdrafting history.

2017 - The AQHA has inducted Marnie into the Hall of Fame. He is the first horse in AQHA history to be recognised for campdrafting.

“Marnie is a beautiful natured horse, with a huge motor. He is such an all rounder: he has beautiful confirmation, is very correct, soft and flexible to ride in dry work, with a big stop. He has excellent natural rate on a cow both to cut out, and to chase. He has exceptional speed, even at 18 years old he can still run them down. Marnie has won all the big drafts and always gives 110% every run. He can be ridden by the whole family.” 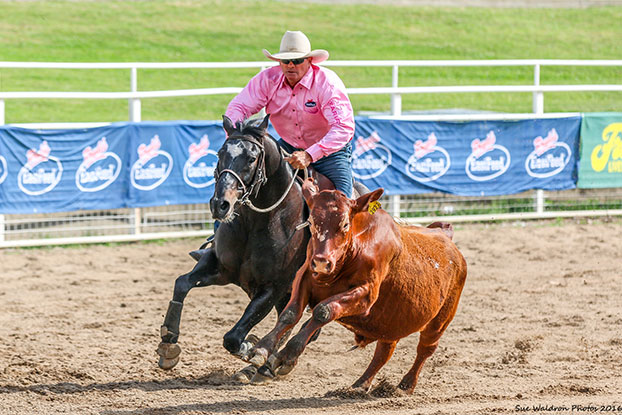 Marnies Destiny is the most awarded stallion in Australian campdrafting history - His results have re-written the record books.

Marnies Destiny is now one of the greatest horses in the Australian sport of campdrafting. He is so special to my family and anyone that has been involved with him. He has won or placed in over 185 campdrafts or challenges. He has won the title of Australia's number 1 Campdraft horse on 2 occasions - 2012 & 2016. He has highest "ACA Register of Merit" points in history and has now been honoured with Australia's highest accolade in the Quarter Horse industry - inducted into the AQHA Hall of Fame.

This is his story:

Way back in 1998 we set a goal to find a horse that would win the Cloncurry Stockman's Challenge. I looked at many young colts over a period of about 18 months before meeting Len Whitley at Rocky Quarter Horse sale in 1999. Len explained that he had a special colt at home out of one of the best mares in the country - Marnie James. Len and Norma have worked all their life to produce some of the best mares in Australia. Marnies Destiny was amongst a group of colts when Rick went for an inspection and he stood out immediately.

After sighting Marnie James (the dam) and her massive trophy collection the decision was made to purchase Marnies Destiny. I was in partnership with Sean Brassington from Cloncurry. Len said to me "This horse will change your life. He will put you and Tony Mortimer on the map".

As a yearling he won 13 led classes - including several supreme champion led ASH and AQHA. He won overall ASH Show Series Led Champion for the North Burnett and qualified for the ASH National Finals.

Marnie was then sent to Tony Mortimer. Tony showed Marnie at the NCHA Snaffle Bit Futurity for a 2nd and a 3rd. Tony then had a lot of success on him as a 4 year old, wher he won the Sprigsure Working horse Spectacular and 2nd at the Rocky Rush. It was then off to Cloncurry - they won the 2003 Cloncurry Stockman's Challenge - the most prestigious challenge event in Australia - our goal was finally achieved. 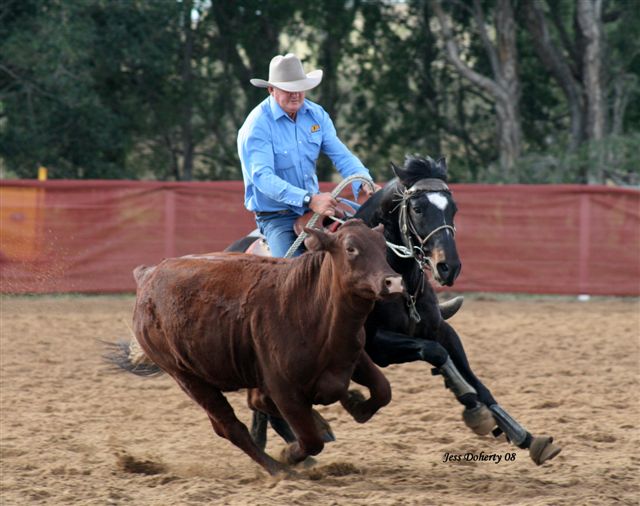 After Cloncurry, Marnies Destiny was sent to Terry Hall to campaign, where he stayed for the next 5 years. As a five year old Marnie and Terry competed at 21 campdraft venues for 20 wins or places (11 wins, 9 places). Terry and Chrissy had an incredible amount of success winning or placing in over 50 drafts, including Chinchilla Grandfather Clock, Warwick Gold Cup, Condamine Bell and Paradise Lagoons.  Terry and Marnie were one of the toughest teams in Australia.

Then in 2009 things changed a little and we bought Marnie outright. We knew what a special horse he was and we set a new goal – win an ACA Open Horse title. We knew it would take a while though. I spoke to Terry about it before I even thought about sending Marnie elsewhere and Terry said he had cattle on the road and might not do many drafts that year. So after discussions with Terry, we decided to send him to Pete Comiskey. I am extremely grateful for the effort that Terry and Chris put in to Marnie. We couldn’t have got to where he is without Terry and Chris. Terry and Chris are great friends and have been very helpful in planning Marnies path.

Pete took over the reins after the Blackall ACA Finals in April 2010 and they won or placed in 12 drafts.

In the 2015 / 16 season they went on to win or place in 20 drafts to be crowned the 2016 ACA Open Horse of the Year. Wins included the Canning Downs, the Clermont Gold Cup and the Highest Aggregate for Paradise Lagoons (Saddle). Again, placed at Condamine Chinchilla and Warwick.

In 2016 Marnie had a tremendous year with 14 wins or places. Over the month of October (Goondiwindi, Condamine, Chinchilla & Warwick) he had 18 runs for 17 courses. He placed in the Restricted Open at Goondiwindi, Restricted Open at Chinchilla, won the prestigious bareback cut out at Chinchilla, and placed in all four events that he competed in at Warwick (Ladies Draft, the Stallion Draft, the Canning Downs and the Gold Cup). He won a saddle for the highest aggregate. He also won the Incentive for the Highest Scoring Quarter Horse. He placed 5th in 2017 ACA Open horse of the year, won ACA Southern Zone and and won the AQHA Award.

After the 2017 National Finals at Clermont we decided to give Marnie a spell from professional drafting. It was time for Rick to have some fun on him. Rick took him to Glenmorgan draft soon after and ran a 91, 90 and 84. In June 2107 Marnie injured his hind leg and is having some well earned R & R.

In July 2017 he was inducted into the AQHA Hall of Fame for his excellence in Campdrafting. There has been thousands and thousands of registered quarter horses since the AQHA began in 1964. On only a few occasions is there a horse that stands above all others and is honoured with the most prestigious award in the Australian Quarter Horse Industry - AQHA Hall of Fame. There has never been a campdraft horse to receive this award. Marnies Destiny's name is now set in stone along side Vaquero, Docs Spinifex, Play boy Roy and Docs Freckles Oak.

Marnies Destiny is one of the greatest horses in campdrafting history and he is so special to our family and anyone that has been involved with him. As with achieving any goal, it has been a lot of hard work, determination and enjoyment. He has won so many awards, but this achievement is one of the most special moments for Marnie, our family and myself. To see his name set along side the best horses to ever walk in Australia is one of the greatest memories in our lives.  We have put so much of our lives into Marnie and he has returned that with all his heart. We are so very proud and honoured with this award. Thanks to everyone that has been involved in this, especially - Tony & Katherine Mortimer, Terry and Christine Hall and a big thanks to Pete Comiskey and Bryony Puddicombe. But most of all, A BIG THANKS TO MY MATE  - MARNIES DESTINY for all the joy you bring to my family and the campdrafting world. We will give him some extra feed tonight.

Thank you from the Young family and MARNIES DESTINY

Service Fee: $3300.00 - September special offer $2200.00 if booked before 30/09/18. Also ask about our special rates for mares that have won a draft.
Excellent value service fee for one of the greatest campdraft stallions in history. Fee includes one collection. Agistment and vet fees extra.